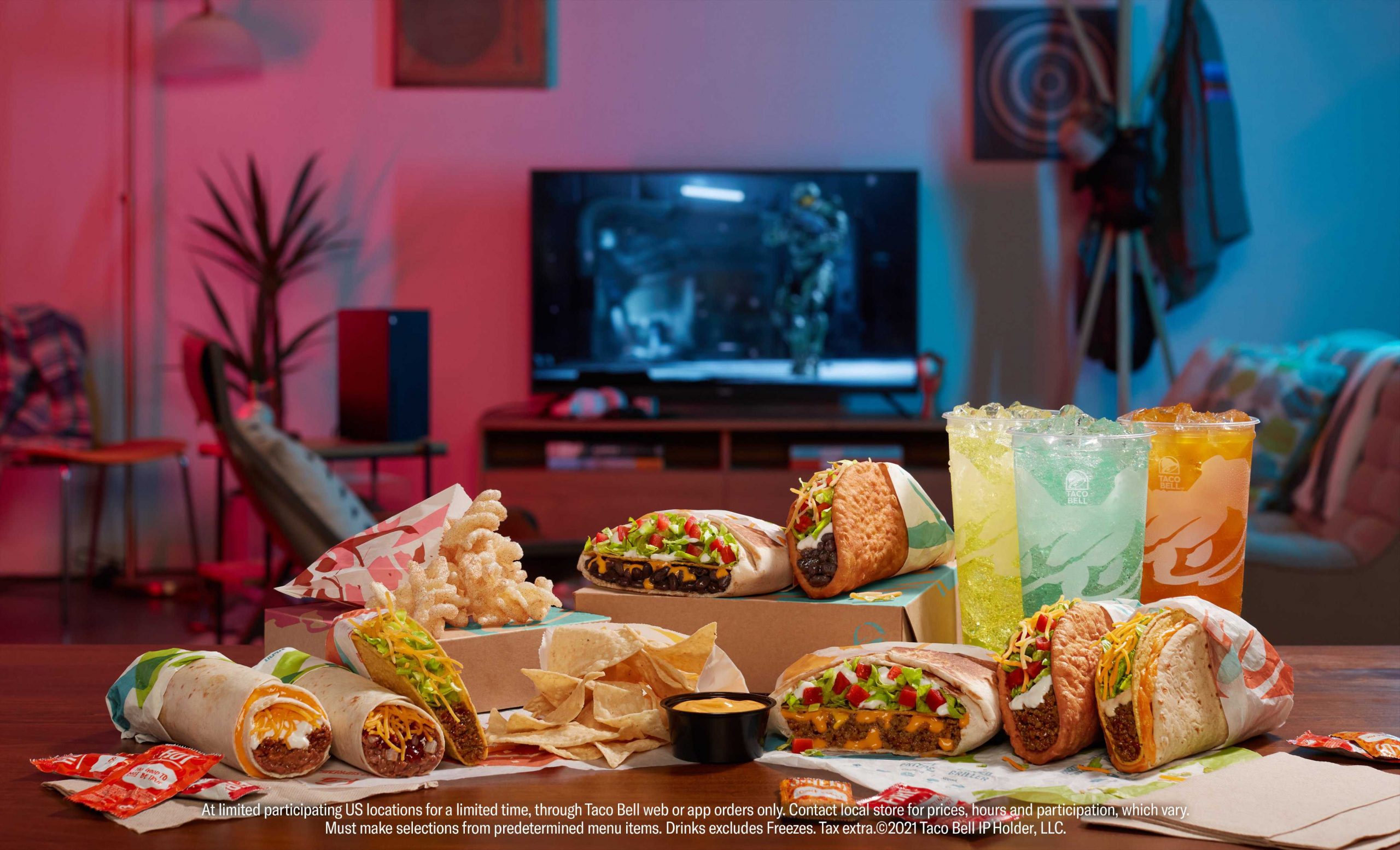 The latest guide to Taco Bell menus with pricing and promotions

When you’re craving for Mexican food, you would probably think of ordering a meal from the fast-food titan: Taco Bell. With a diverse menu of delectable Mexican-inspired foods such as tacos, burritos, quesadillas, and nachos it is no wonder that they have a loyal following of customers—serving more than 2 billion customers each year.

Besides their flavour, another factor that contributes to the success of Taco Bell is probably its ever-changing menu additions which keeps their customers on the edge of their seats. Due to that, it may also become challenging to keep track of their latest menu, so to help you with that, we have compiled Taco Bell’s Menu USA with its price for you!

Disclaimer: The prices listed below only serve as a general guide at the time of writing. Feel free to visit their official site for the latest information.

Taco Bell Menu and Prices in the USA

The History of Taco Bell

Even a fast-food titan such as Taco Bell started from a humble beginning, having faced with numerous changes along the way. Even from the start, Taco Bell was founded by Glen Bell (initially an owner of a hot dog stand), who had thought of a switch in business—going from hot dogs to tacos. After mastering the art of making tacos, he then opened his first Taco stand in 1951 which underwent several name changes as well, going from Taco-Tia to El Taco and finally settling on Taco Bell.

From there, the popularity of Taco Bell quickly surged up, now having up to 6611 stores in the United States itself. Even then, the conquest of Taco Bell does not cease there, as it has started expanding its reach across the globe—its trademark bell logo also beginning to surface in Asian countries such as Japan, Korea, and China.

Reach Out to Taco Bell USA

Lastly, want to keep up with Taco Bell’s menu changes and latest promotions? Follow their social media accounts or contact them here:

1. Does the Taco Bell app give you free food ?
Firstly, the application allows you to collect points, and collecting them would lead to the redemption of free food items. You can also receive free chips and salsa and 60 points within 48 hours of signing up for the app, and you can earn one point for every two dollars you spend.

2. How do I get Taco Bell coupons ?
Sign up for a Taco Bell account to receive exclusive coupons via email. Besides that, you could also take advantage of the daily Happier Hour from 2 pm to 5 pm, where you can get a discount on medium drinks, including the Baja Blasts and Freezes.

4. Is Taco Bell healthy for you ?
In short, like many other fast-food chains, many menu items in Taco Bell can be on the higher end of the calorie gauge. Even so, Taco Bell has been building its menu to offer healthier options. For example, there is now a low-calorie “Fresco” menu, a high-protein “Cantina” menu, and a vegetarian menu certified by the American Vegetarian Association, which provides a more nutritious menu option.

5. What is the best thing to eat at Taco Bell ?
Going from first to third in terms of rankings customer favourites, the must-tries in Taco Bell would be their Soft Taco, Mexican Pizza, and Nacho Cheese Doritos Locos Taco Supreme.