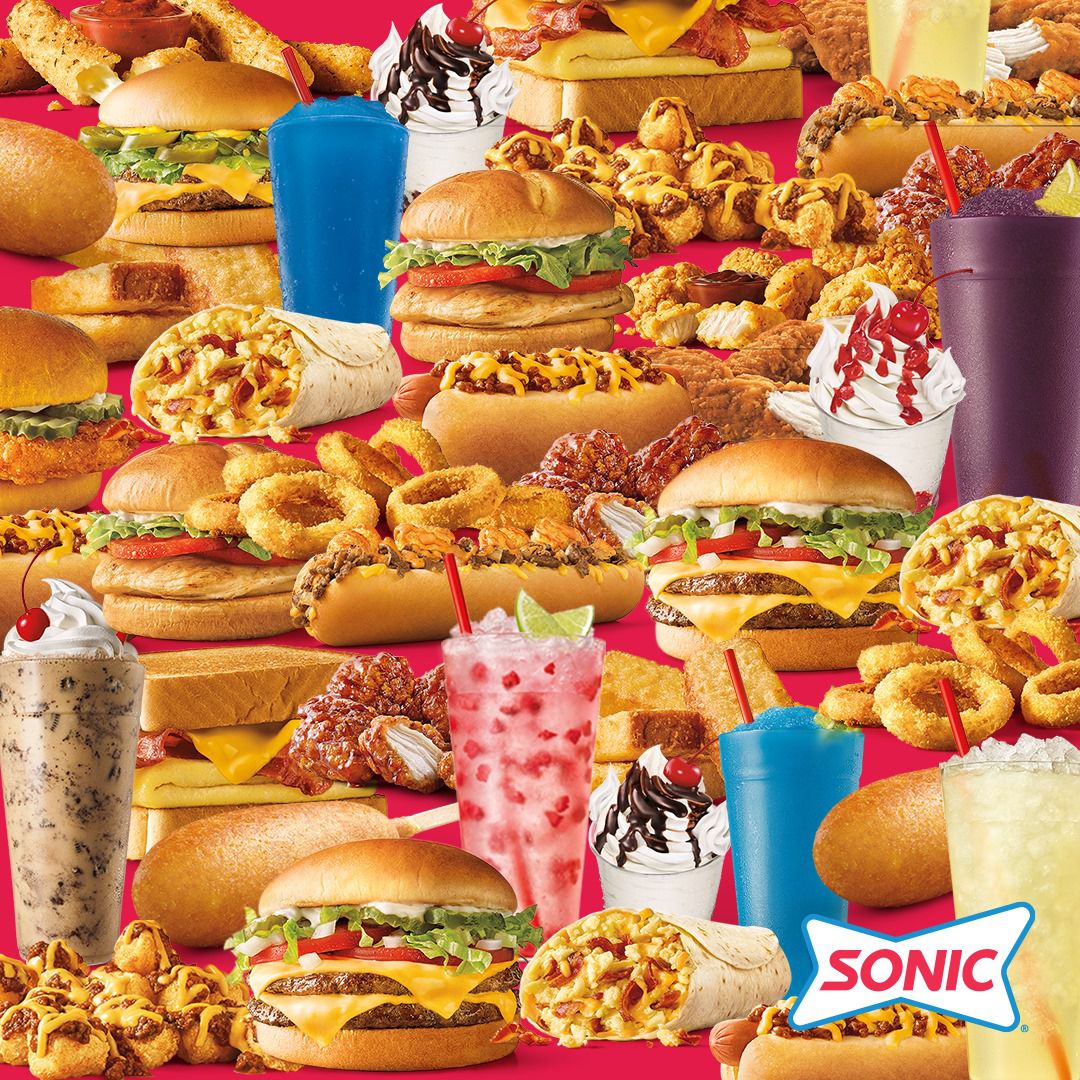 Sonic stays true to its “America’s Drive-In” title to this day. This traditional fast food franchise is in fact, one of the most famous ones in the US.

All you have to do is to stay seated in your car, and make your order via their legendary intercom system! Then, a carhop on roller skates will come to deliver your order right to your car. Sonic is famous for its hamburgers, corn dogs, shakes, milkshakes, soft drinks, and many more.

Hence, here we compiled a complete and updated list of the Sonic menu and prices for all of you! Check it out before you decide to drop by:

Disclaimer: The prices listed below only serve as a general guide at the time of writing. Feel free to visit their official site for the latest information.

Comes with Entrée, Side and Kid-Sized Drink

The History of Sonic USA

Everything started way back in 1953; Troy N. Smith Sr. and his business partner decided to buy a five-acre plot of land. The land initially belonged to a log house with a walk-up root beer stand called Top Hat. Both of them decided to continue operating the root bear stand and converted the log house to a steak restaurant. However, only the root bear stand was making profit; that was when they decided to abandon the steak restaurant. Not long after, Smith bought out his business partner and continued operating solo.

The sales during Sonic’s early stages tripled and it became one of the nation’s most popular drive-ins. When an entrepreneur, named Charles Woodrow Pappe, saw the drive-in, he was amazed by it. In 1956, Smith and Pappe negotiated to build the first ever franchise in Woodward Oklahama. By 1958, there were two more drive-ins built in Stillwater and Enid.

During the early stages, the franchise was still called ‘Top Hat’. However, upon finding out that the name has already been trademarked, Smith and Pappe decided to change it to Sonic. Since then, the business continued to bloom rapidly; and by 1978, there were more than 1000 stores in the US.

Reach Out to Sonic USA

For any further enquiries or updates and promos from Sonic, follow them on their social media accounts here:

1. What states are Sonic in?
Sonic is available in almost all of the states in the US – specifically 44 out of 50 states.

2. Is Sonic considered expensive?
No, it’s not when compared to other fast food chains. The prices range from average to slightly above average.

3. What is the meaning behind the name ‘Sonic’?
The name ‘Sonic’ was chosen as it matched with the slogan of the business which is “Service with the Speed of Sound”.

4. Is Sonic halal?
Yes, it is halal-certified.

5. Is there a sugar-free Sonic Slush?
Unfortunately, no, there isn’t. The Sonic Slush has a really sweet punch as soon as you take a sip.

Check out more popular menus and food guides on LokaEats!