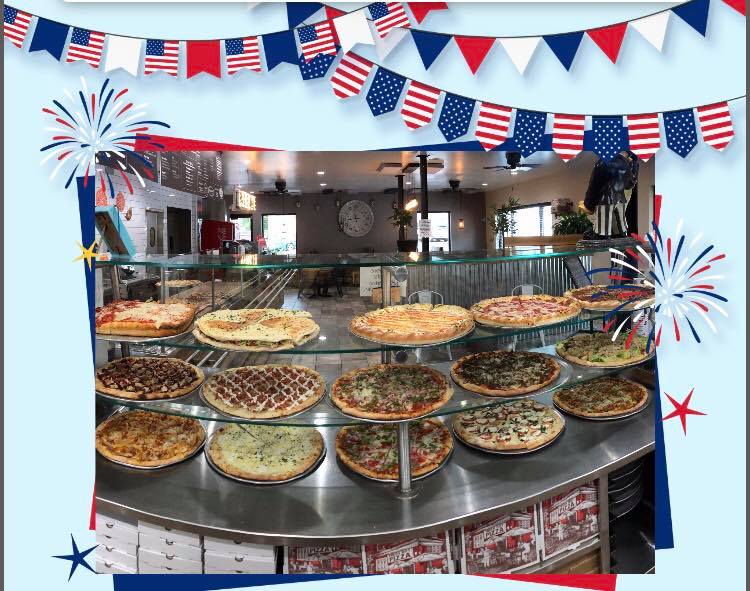 Ranked #10 on the Pizza Today list of the Top 100 Pizza Companies in the United States 2016, it is undeniable that Marco’s Pizza has an edge above the rest. What’s more, they also came in third place on the best pizza chain list by Consumer Reports magazine in 2014. Available for delivery, take-out, and even dine-in at several locations, Marco’s Pizza Menu USA boasts a wide selection of pizzas. Some of their specialties include White Cheezy, Chicken Florentine, Pepperoni Magnifico, and Chicken Fresco.

Aside from mouthwatering pies, Marco’s Pizza has other food items on their menu as well, such as subs, wings, salads, CheezyBread, CinnaSquares, and pizza bowls. With such a vast menu, it may get tough to take note of it entirely. Thus, we have compiled their latest menu and promotions here for your reference!

Disclaimer: These prices only serve as a general guide for the restaurant’s items. For the most recent updates, visit their official website.

Marco’s Pizza Menu and Prices in the USA

The History of Marco’s Pizza

From the opening of its first store in Oregon, Ohio back in 1978, Marco’s Pizza has been the go-to for many in search of the authentic Italian pizza experience. Contrary to common expectations, Marco’s Pizza was founded by an Italian immigrant named Pasquale “Pat” Giammarco (not Marco, unfortunately). From there, Marco’s Pizza quickly expanded its business, having outlets in up to 33 states, and Puerto Rico. This rapid growth was such an outstanding feat that the restaurant even ranked eighth place on the list of “Fast and Serious Growth Franchises” in 2017.

Reach Out to Marco’s Pizza in the USA

Want to keep up with Marco’s Pizza menu changes and latest promotions? Follow their social media accounts or contact them here:

1. Does Marco’s Pizza use real cheese?
Yes, Marco’s Pizza uses fresh, real cheese for their pizzas. They don’t stop at just that but also use a combination of three kinds of cheese that are never frozen—making the perfect cheese melt on every pizza.

2. What is in Marco’s pizza sauce?
One of the highlights of Marco’s Pizza is, without a doubt, its original pizza sauce that was crafted by its founder, Giammarco. Though the specifics are a secret, the sauce is made in-store every day and consists of Roma tomatoes and imported herbs and spices.

3. What is a pizza bowl at Marco’s Pizza?
The pizza bowl is Marco’s new specialty which replaces the traditional pizza crust with a bowl. This dish is suitable for those who want to cut down on the calories and still enjoy a flavorful meal. The Garden Pizza Bowl includes mushrooms, black olives, onions, tomatoes, feta cheese, the brand’s signature three kinds of cheese, original pizza sauce, Romesan seasoning, and garlic sauce.

4. What is Marco’s Pizza’s white sauce?
The perfect slice of Marco’s White Cheezy Pizza is never complete without its distinctive white sauce. This signature is actually a Pomodoro sauce made of garlic butter.

5. How many people does a large Marco’s Pizza feed?
Each large pizza includes eight slices and is ideal for three adults.

Not your cup of tea–or should we say, pan of pizza? LokaEats features numerous food guides that will surely tickle your taste buds.